GCURS as an avenue to design

“Art and science both have to do with design and with problem-solving.” 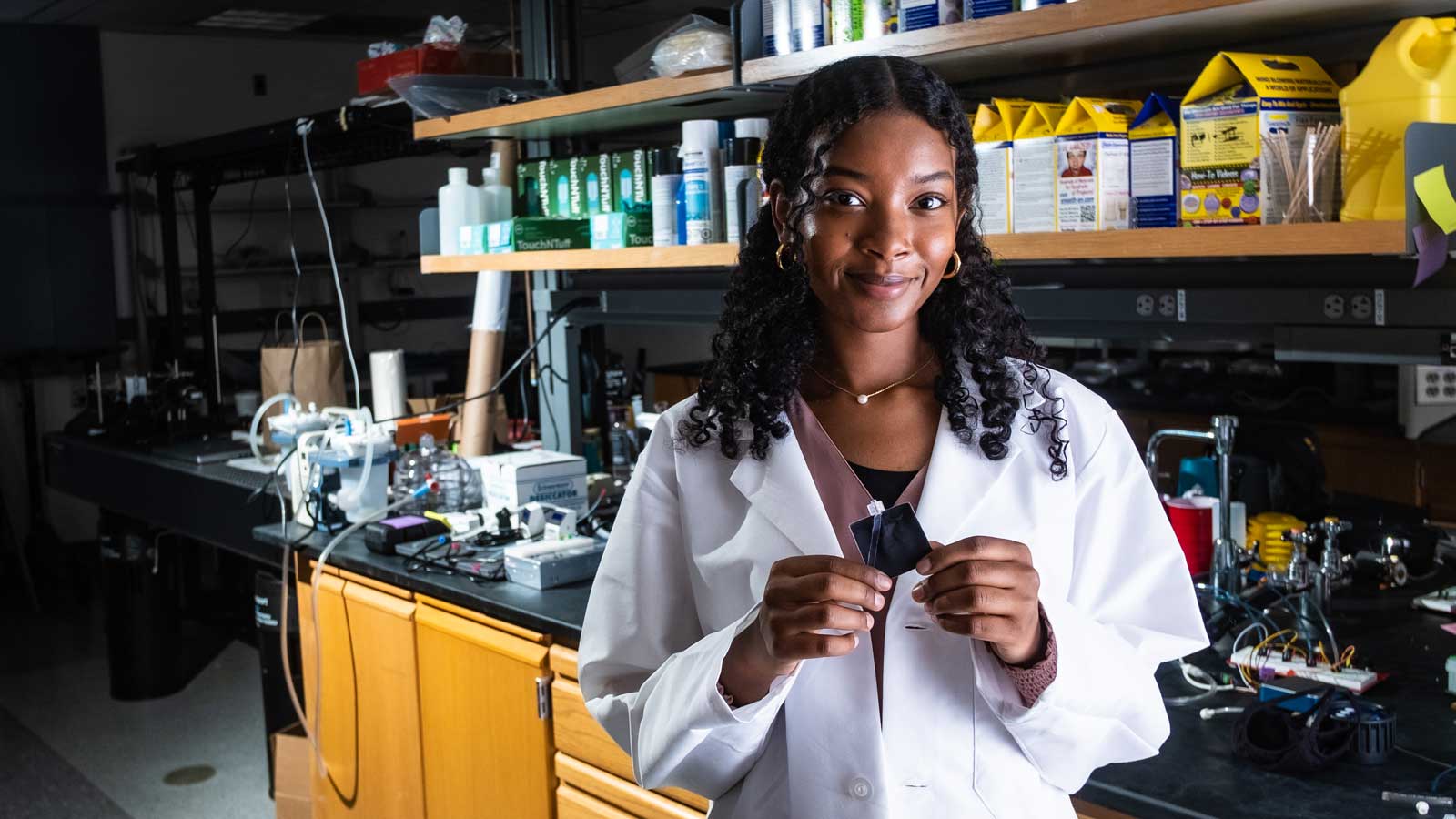 Aman Eujayl’s parents left Sudan for the United States in 1999 seeking a better life for themselves and their future children, like a million other immigrants. They landed in New Ark, Dela.

“They wanted a better life. They wanted to pursue professional opportunities and make a better life for their future children,” said Eujayl, a sophomore in mechanical engineering (MECH) at Rice.

Eujayl was born in Ardmore, Okla. The family moved to Twin Falls, Idaho, where her father works as a researcher with the U.S. Department of Agriculture. He earned his Ph.D. in agricultural science from the University of Helsinki and specializes in breeding sugar beets for disease resistance.

“I think that’s where I got my interest in doing research — from my father,” she said.

In January, Eujayl was named Top Presenter for her oral presentation at the 2020 Gulf Coast Undergraduate Research Symposium on energy harvesting in textile-based wearable devices. She was also awarded a $4,000 stipend from Rice’s Sustaining Excellence in Research Program to continue her work.

“It’s an interesting problem, with lots of useful applications,” Eujayl said. “Part of the work is developing an algorithm and a mathematical model for the thermodynamic concepts underlying the design.”

As a young girl, Eujayl was attracted equally to art and science. She wasn’t even thinking yet about engineering.

“I see no contradiction,” she said. “Art and science both have to do with design and with problem-solving.”

While researching where to go to school, Eujayl said she looked for a “small, research-based university in a big city but with a small-town feel. That’s Rice.” She enrolled with general engineering in mind but chose mechanical engineering because “I like working on designing creative solutions to physics-based problems.”

Eujayl is a member of the design team SARS Wars: A New Soap, based in the Oshman Engineering Design Kitchen. They have devised a soap dispenser attachment that encourages young children to wash their hands for the minimum 20 seconds recommended by the Centers for Disease Control during the COVID-19 pandemic.

It plays a 20-second instructional song and dispenses a sticker. The team won second place and the Best Pediatric Design award at the Rice Biomedical Engineering Society’s Design-A-Thon last July.

In September, Eujayl landed an internship with the Edison Engineering Development Program in GE’s Healthcare unit in Milwaukee. She also serves as secretary of RASA, the Rice African Student Association. She keeps the minutes at meetings, administers the group’s email list and introduced a weekly newsletter. Since December, she has mentored three freshman STEM students as part of the Rice Emerging Scholars Program.

“I think my dream job after graduation would be in R&D, designing things that are novel, exciting and useful,” Eujayl said.

Realizing a passion for research through GCURS

How to get the most out of GCURS